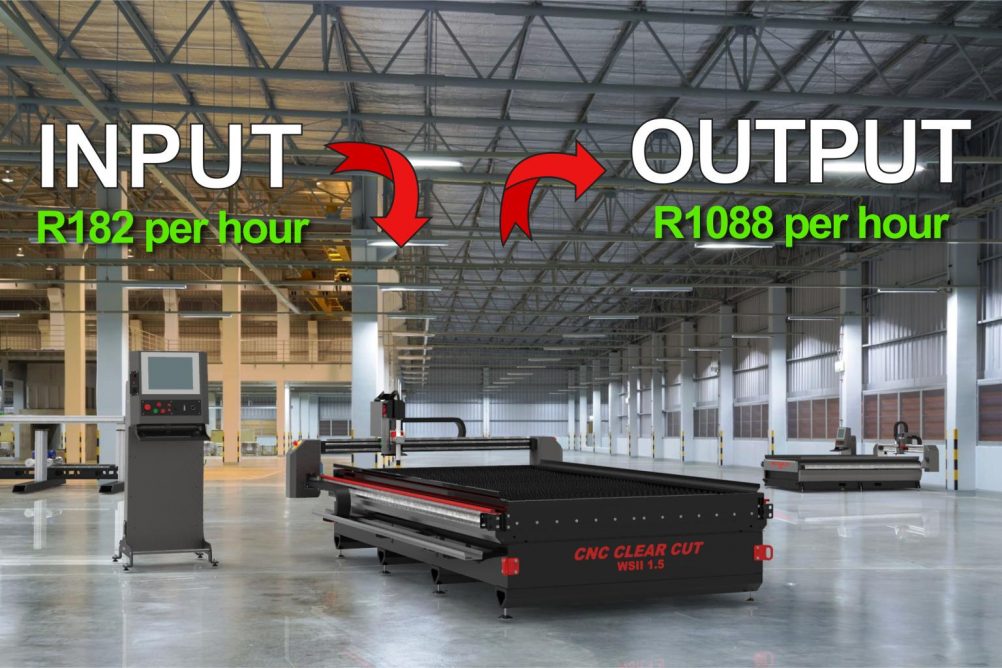 Why is the metal/engineering industry suffering so much in South Africa?

Numerous studies and articles have been published in recent years about the extent of job losses and high levels of unemployment in South Africa and the main reasons therefor. Many of these point to the fact that a major cause of these is unsustainably high wage levels, particularly for unskilled positions. Legislated high entry level wages in some sectors also prevent many companies from taking on young inexperienced workers and offering them the opportunity of acquiring vital on-the-job skills and experience.

South Africa’s current system of collective bargaining contributes greatly to this problem by allowing the dominant companies in a sector to negotiate wage rates and other conditions of employment with the dominant trade unions in that sector. Under this system, if these companies and trade unions are deemed to represent the majority of the employees employed by members of the employer organisations and trade unions registered with the bargaining council in the sector, they can apply to the Minister of Labour to extend these conditions to all other companies in the sector and, provided that these requirements are met, the Minister is obliged by law to do so.

The impact of this system in the metal and engineering industry has been a serious loss of jobs in the sector – as many as 140 000 over the past 10 years – as well as the closure of many companies. During the course of 2017, the Steel and Engineering Industries Federation of SA (SEIFSA), together with the industry’s trade unions, concluded an agreement which raised the entry level wage in the industry to just under R50 per hour. Once the additional costs of other compulsory benefits have been added, this figure rises to well above R70 per hour.

The demands of the four other employer organisations in the sector, which in the main represent small to medium sized companies, were completely ignored by both SEIFSA and the trade unions. These demands included a lower entry level wage to help reduce South Africa’s crisis of unemployment by encouraging employers to offer jobs to new unskilled entrants.

While it claims to represent the majority of employees in the metal and engineering industry, SEIFSA represents only 1 000 of the industry’s 10 400 employers. Despite strong objections to these new wage levels by the other employer organisations, SEIFSA and the unions are currently proceeding with an application to the Minister to have their agreement extended to the other 9 400 companies.

Bizarrely, the current system even provides that those party employers which support this application for extension can themselves apply for an exemption from the new wage rates on the basis of unaffordability and past experience in the industry indicates that many will once again do so.

Research indicates that the contribution of the manufacturing sector to GDP in South Africa has shrunk from 23-24% in 1994 to around 13% today. In a cover story which appeared in the Financial Mail in September 2018, Claire Bisseker wrote that: “New research suggests that the lower-paid jobs in smaller firms are vanishing rapidly…. Most of these were lower paying jobs occupied by young people.” Should the parties’ application for extension succeed, the result will be continued job losses and company closures in this important sector of South Africa’s manufacturing industry.

The current unemployment rate plaguing South Africa is, in my view, the single largest problem facing the country. If something drastic doesn’t happen to change that fact, the future looks very bleak indeed. The employer-unfriendly settlement agreement referred to above expires in June 2020 next year, which means that parties to the metal and engineering industry are set to enter into wage talks early next year.

The South African Engineers and Founders Association (SAEFA) has been able to successfully resist the extension of the agreement, allowing our members to employ new entrants, who would otherwise not have been able to gain entry into the industry. If you’re an employer wishing to change the worrying trend of growing unemployment in the sector, it’s time to get involved and back those who are willing to oppose even further increases to the already unsustainably high minimum wage levels in the industry.

This is the opinion of Gordon Angus, SAEFA Executive Director.

Automation could alleviate pressure substantially in the metal and engineering industry. Machinery offer greater reliability and consistency, among many other benefits. Cost to company rates are stable and highly profitable when the right systems are put in place, which also puts companies in a good position to increase market share.

In today’s economy every organization’s number one concern is stability. Having to let go of workers is no easy feat and there is no return on laying off workers. But having machines could be a safer bet than having to pay unnecessarily high wages, because machines can always be sold.

Many organizations have successfully utilised plasma cutting to improve their own productivity and profitability, and also to assist other organizations in improving their productivity; using one machine to create multiple streams of income. With the right machine, drilling and grinding  parts to specification could well be eliminated, which means no more missing/broken drill bits and no more noisy, failing, unsafe grinders.

We have done the math, have you?

Clearly automation yield higher revenue per hour than manual labour. Cost to company might seem higher, but we must take into consideration that an entry level plasma table could replace up to 5 factory workers and save thousands of Rands on conventional tools and equipment.