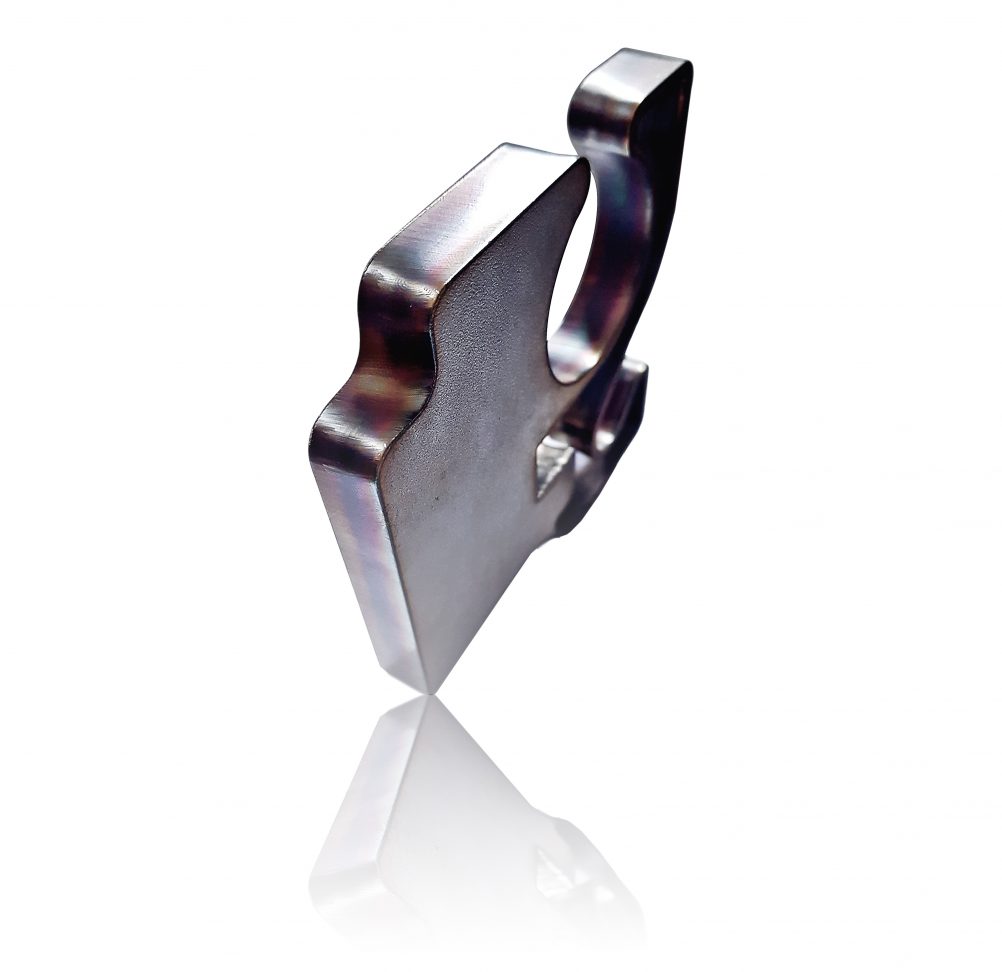 We’re starting today’s post with a question, “What does a good plasma cut look like?” We admit, it’s kind of a trick question, because the quality of your cut will depend on a lot of things: the age of your system, the quality of your cutting table and related components, the manufacturer, type of plasma and software you’re using, etc. Despite all of these factors, we sometimes hear blanket comments like:

“You can’t cut holes with plasma or the holes will be out of round with serious tolerance issues.”

“Plasma cut edges will have increased hardness and a large heat affected zone.”

“Plasma cutting systems use a lot of consumable parts, which make it a costly process.”

Fortunately, none of these statements are true. If you choose a newer plasma system and pair it with a good quality CNC table capable of advanced motion, you can wind-up with good value for money with none of the issues described above.

So, why then, do people have such differing opinions about the capabilities of plasma? Part of the problem is that are three basic types of plasma and the cut quality from each type can vary widely. Those three types, from least to most expensive, are:

Among plasma systems, air plasma—which uses air as the plasma gas—is known for its affordability, portability, and versatility. Better systems use inverter-based power supplies making these systems compact, lightweight, efficient, and reliable. In addition, air plasma provides very nice cut quality at reasonable speeds with relatively low operating costs. Most can be used with either a handheld of mechanized torch. From a cut quality perspective, an air-plasma torch is as good as the person doing the cutting. If you have a shaky hand, you’ll get a rough cut edge. Mount your torch on a CNC cutting machine, and you can get a very smooth, relatively accurate cut edge with tolerances of +/- 0.7mm. Air plasma cutting will create a Nitride case hardened edge (about 0.006 inch heat affected zone) on steel, and will provide some oxidation on stainless and aluminum. Consumable life for air plasma systems varies greatly from manufacturer to manufacturer.

This type of plasma was actually introduced by Hypertherm in 1982. By using oxygen as the plasma gas and water injection to help constrict the arc and increase energy density, Hypertherm found a way to cut steel up to 25mm thick. The resulting cuts were clean with dross-free edges, no top edge rounding and minimal edge taper. Furthermore, cut speeds were increased while cutting power (amperage) was decreased, resulting in lower utility cost, less noise, and ultraviolet glare on the shop floor. There was one drawback however. Consumable life decreased due to the use of oxygen as the plasma gas. This problem remained until the early nineties when Hypertherm engineers invented long life technology which helped consumables last five to six times longer than before. Further developments have allowed oxygen plasma cutting technology to cut up to 50mm in thickness. In addition, oxygen plasma can hold tolerances in the +/- 0.5mm range, provided you’re using a mechanized torch on a table with good motion capabilities. Like air plasma, some oxygen plasma systems can be used with a hand torch.

Another Hypertherm invention, high definition class plasma first made its debut in the early nineties. Essentially, by developing a unique vented two-piece nozzle design with a primary and secondary constricting orifice, the energy density of an oxygen-plasma arc was increased from 15,000 amps per square inch to around 60,000 amps per square inch. This resulting energy increase allowed squarer cut edges, cleaner dross free cuts, a narrower kerf and excellent consumable-parts life. These first high-definition systems were limited to 70 amps output and a maximum cut thickness of 10mm for steel. Today, high-definition systems can cut carbon steel up to 75mm in thickness with better cut quality and faster speeds compared to any other process. In addition, today’s high definition systems allow very high levels of automation. Advanced parameters inputted directly into the CAM software make it possible to cut round holes with no taper. Edges are square and dross free. Cut-to-cut cycle times are cut in half for much higher levels of productivity. A single-plasma system can cut material thicknesses from thin gauge to more than 150mm using the same torch. The torch can cut and mark the plate through the same nozzle orifice. It’s not uncommon with these systems to achieve cut part accuracy within +/- 0.05mm.

Notice the difference in tolerances among the three types or classes of plasma. While you can get good quality cuts with an air plasma system, the cut quality will never be as good as a newer high-definition class plasma. There’s a reason, high-definition class systems cost so much more than air and oxygen plasma.

Bottom line, if you haven’t looked at a plasma system in the last ten years, you should. We think you’ll be very surprised at what they can do.